Starting a Rapid Prototyping business doesn’t have to cost an arm and a leg. Let’s examine how anyone with the right motivation can start the business using little capital.

Businesses are always a complicated endeavor, usually requiring lots of financial commitment to get going. As with any other kind of business, a rapid prototyping service comes with its own commensurate risks as well as accompanying headaches. In this article, we are going to examine some tips to help anyone with a passion for rapid prototyping to start a business for on the cheap.

“Rapid prototyping is the fast fabrication of a physical part, model or assembly using 3D computer aided design (CAD). The creation of the part, model or assembly is usually completed using additive manufacturing, or more commonly known as 3D printing.” In a situation where the design is close in dimensions and overall look and feel to the proposed finished product, it is said to be a high fidelity prototype. In the reverse scenario, it called a low fidelity prototype.

RP or rapid prototyping has some clear advantages, not least is the fact that it helps in giving a more robust picture of how a product will perform as well as look in the early stages of the fabrication and manufacturing cycle. This allows for changes and improvements to be implemented alongside.

New developments in RP have made it so that almost anybody can produce parts and prototypes on the cheap. The “Fab Labs” (fabrication laboratories) that  were established by Neil Gershenfeld of the Massachusetts Institute of Technology in universities, colleges, housing projects, and mobile labs had the goal of giving ordinary people manufacturing and prototyping capabilities not otherwise readily available by providing free access to tools such as 3D CAD, laser cutters, and desktop milling machines.

Ted Hall, founder of ShopBotTools says they have partnered with another firm to create multiple online fabrication communities that take nontraditional approach to selling designs. According to Hall, “Basically, anyone can upload their designs and find local fabbers to make them. Users can also buy other people’s online designs. The other firm, Ponoko, Wellington, New Zealand, also has products that reside as design files on a server, ready to be manufactured (laser cut), on demand. In providing a mechanism to connect small, global cells of fabber “garages,” these and similar firms are sometimes referred to as the “Facebook of manufacturing.”

According to hall as well, “Designers are encouraged to post stuff free under a Creative Commons license which lets people use a design but not turn around and sell it,” says Hall. “At this point, we don’t know which way things are going to go, so we are trying to encourage everything. To this end, the 100kGarage site has just added free parametric files, for instance. These let users download the file of a 2 × 4-ft object, say, change the variables, and the object automatically becomes 3 × 5 ft. We are also talking about integrating capabilities from the free version of Alibre parametric modeling CAD software.”

As a small business owner, it is worth taking a good look at these small, independent facilities as an enabling factor in taking your business to the next level. Explore the mobile design labs and take a look at the open license resources that are available on the internet. This will keep your costs low and allow you to scale as desired. 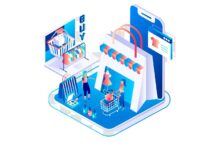 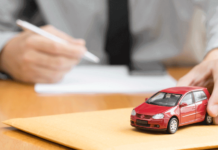 Why Is MetaTrader 4 Still The Favorite of Forex Traders?

The Necessity of Using Copper Nails For Roofing

Where to Put Your Trading Profit Next?

How to find the perfect Rocking Chair and an Office Table?

How to Improve Your Cash Flow Management: Tips for Forex Trading...